Dissecting a circle with straight lines into equal areas 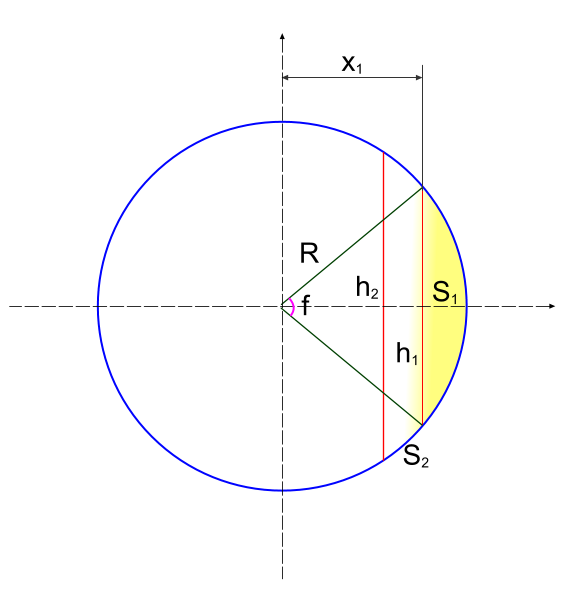 Let's consider a simple problem - how to dissect a circle with parallel straight lines into N - parts with the same area. We use only the formula of the circle segment and our own conclusions.

Any division of a circle into equal parts implies that we will always have a circular segment S. Its area is known

by equating the two above equations, we get the relationship of the angle with the number of partitions

We see that they do not depend on the radius at all.

Then counting to the right we can find out at what distance from the center of the circle we should draw the next straight line.

Don't forget to measure the same distance from the center and to the left, too.

The chord, that is, the part of the straight line that passes through the circle and cuts off the next segment from it has a length

With an even split, one of the lines will always pass through the center of the circle.